I had a little too much fun writing this Etsy post.  I just thought I’d post it here too because it really made me giggle.  I think I want to write more things like this. 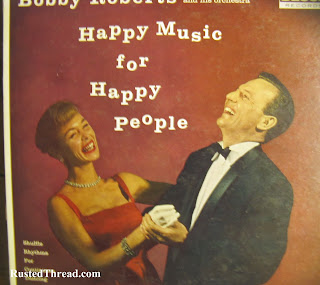 It was the last photo they took before he broke into tears and ran out of the room yelling, “I hate you, I hate you all!” Her face hurt for a full week.

At first blush, you might want to place the blame on the photographer. He was unrelenting in his pursuit of the biggest possible smiles. He cajoled, yelled, laughed manically all while taunting their, at least to his eye, dour expressions.

The day had started off on a pleasant note. Surely, this couldn’t take more than an hour or two. They were consummate professionals. This was not their first ride on the record cover photo shoot pony. Hell, they’d been cranking out records to the tune of two a year since joining Decca.

But this time was different. The photographer had received news that if the smiles of the dancing couple weren’t the biggest smiles on any record cover to date, he would lose his job. Even that wouldn’t normally be enough to shake him, after all, the record cover photography business has always been cut throat. But on this day, the photographer had just incurred a huge gambling debt to Billy “The Knee Splitter” Johnson. Also his home wife has found out about his away wife.

Actually, you could totally put the blame on the photographer. He was a real tool. There can be no surprise then that the photo session ended in tears and in two divorces and a hospital bill that would make anyone weep. It’s surprising that it didn’t have a worse end.

You can enjoy this record, if you really want to, by turning the volume down. It’s pretty boring and no one explained to me why a record of happy songs has “You Always Hurt The One You Love” on it, but has no skips that I heard. It’s got a great picture and ridiculous title. If you need more reason than that to buy a vintage record off of the internet, how about the fun copy on the back that explains why the “growth in suburban living” has caused the rise of “happy music” or the great little pictures of other related re 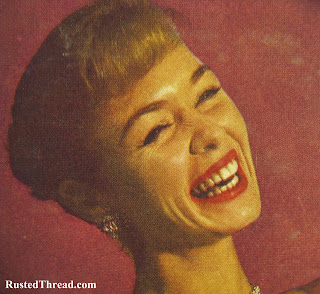 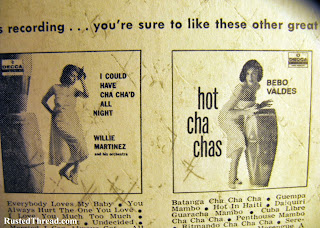 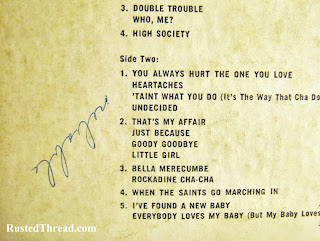 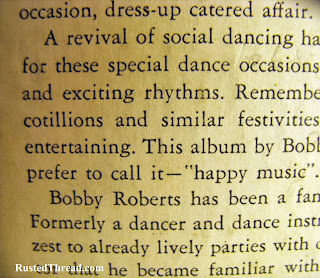