I’m going to be a presenter at the Wisconsin Book Festival.  Woo hoo!!
I’m going to lead a teen program on making Instant Books.
Inspired by The Great Good Thing by Rod Townley and How to Make Books by Esther K. Smith; both incredible and inspiring books.
So, with that in mind, I’ve been making instant books to use as display items.
Of course, I had to make one out of denim – duh. 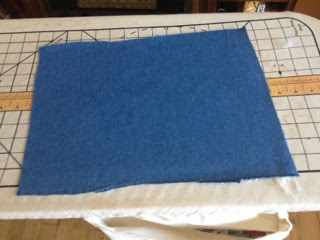 I picked a randomly sized rectangle of fabric; I went with slightly bigger than a regular piece of printer paper.  I thought that would be easier to work with than, say, a postcard size or a couch size. 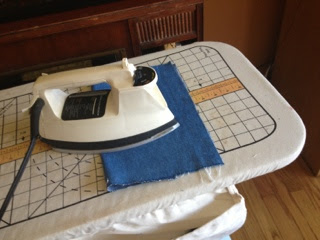 If this had been regular paper, I would have just folded it, but I get to iron it because it’s fabric.
I folded/ironed it in half. 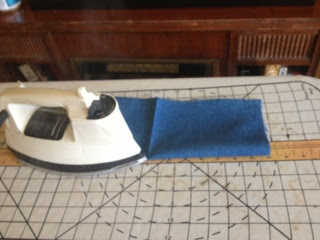 Opened it and ironed it in half the other way. 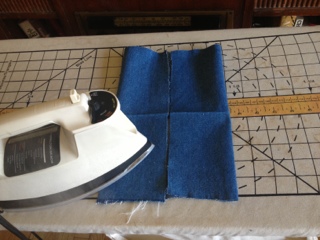 Then, I ironed the edges in to the middle so that it ended up looking like this: 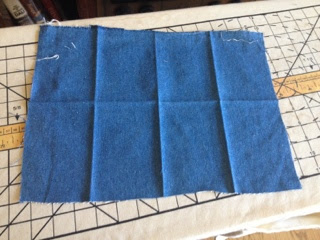 Then I folded it like that first fold again. 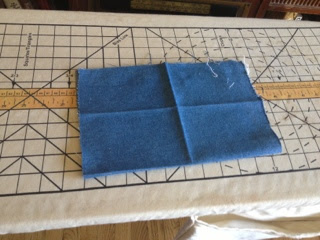 That gave me this cutting line 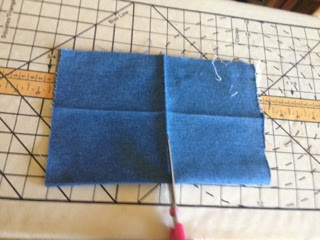 Which I cut.  Just to the first horizontal fold 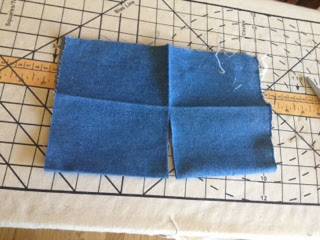 Then I’m going to refer you here (steps E and F), because, using floppy fabric, it was really hard to get an action shot. 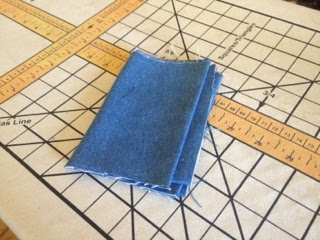 But, when finished it will be this shape. 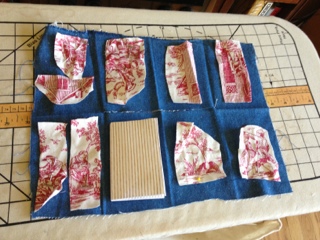 Here’s where I was when I ran out of time.  I need to sew these features on (That thing that doesn’t match the rest is another instant book that I made out of paper…clever, huh?) and then I’ll probably sew the rough edges together.  Fun fun fun!
Now, I think we should al collectivley shake our fists at Blogger which made me fight to place these pictures in order.  Grrrr Blogger!
But, since I’m off to a workshop being run by Lynda Barry (!!!!)  I can’t stay grumpy.