I totally forgot how. 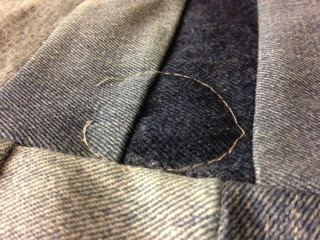 OK.  That’s not really true but that was my first thought when trying to sew a bunch of circles on my machine. It didn’t work at all.  The bobbin fell out twice.  After a night’s sleep, I now think it was the sewing machine.  It’s a fabulous straight stitching machine but doesn’t like sewing in circles.  Does that sound reasonable?  I haven’t fully abandoned my first theory. 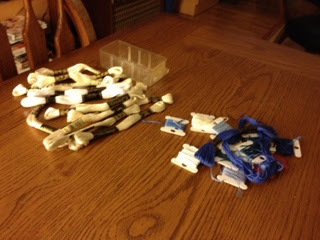 On to hand stitching.  I rounded up all my blues and whites and pulled out my new pin cushion. 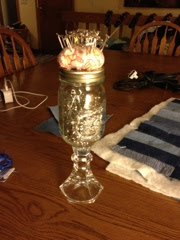 Isn’t that hilarious?  My friend gave it to me.  She called it a hillbilly wine glass.  I added the pin cushion lid.  The only plus about actually drinking wine from it is that I could drink a whole bottle but claim to only having two glasses.  Maybe that’s not a plus.  Anyway, it’s a perfect place for all of my safety pins. 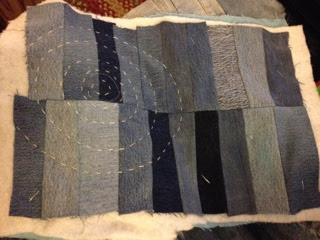 I had lots of fun making my circles. They don’t exactly match what I envisioned but I like them anyway. 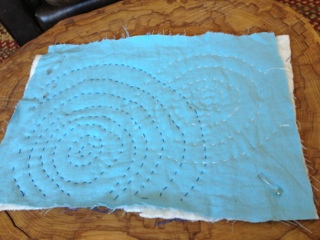 Here’s the back after I added another circle.  I really like this side.  I used some old blue linen left over from another project.