Early the other morning I figured out how I want to make the quilt that I have been procrastinating on since September.
I had just finished writing my morning pages when
this quilt idea jumped into my head.
It’s really simple but that’s the kind of quilt that appeals to me. 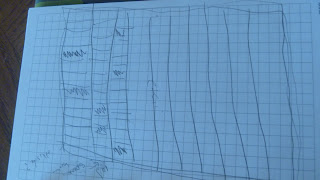 I don’t think it will be quite like this but it’s a general map.
It at least got me started.
I know it looks like just a jumble of scribbles but trust me, that’s a quilt there.  🙂 I decided the background should be mostly red with some beige and just a little green. 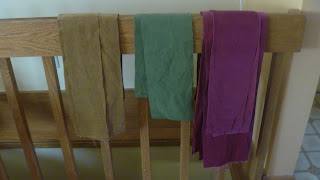 I finally took the leap and cut the corduroy into strips. 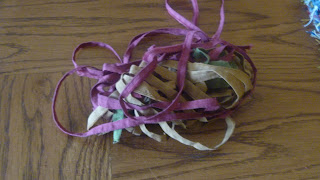 Here’s a pile of the selvedges.  I just thought it looked kind of cool.
It’s trash can bound….maybe… 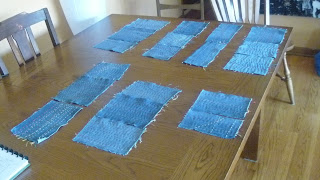 I sorted the embroidered squares by size and ended up with seven piles though I think I’ll cut some of the squares into smaller shapes.  That might be pretty cool.  I like the idea of the embroidered path being interrupted by a patch of color only to start up right where it left off on the next square.  Hmmm.  I may be giving this a little too much thought. 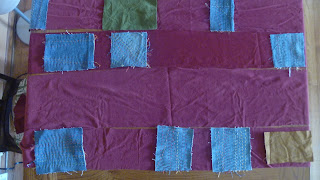 General concept.
I had to stand on the table to get a decent picture.
I like the nap going in different directions.  The second red strip from the top looks darker because I reversed the nap there.
I think I’ll keep that going  randomly throughout the quilt.
Now, that’s what I call a process post.  I haven’t even started sewing yet.
But I am about to.
Riiiiiight NOW!

1 thought on “I Had to Stand on the Table to get a Decent Picture.”