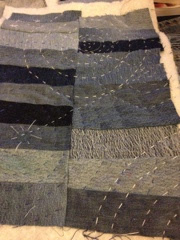 On the quilt, the rays don’t look like they did in my head.  They add a whole level of chaos that I don’t really like.  I also envisioned the circles as being tighter. 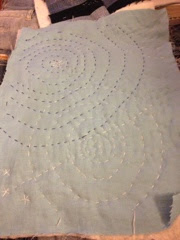 That’s because I was going to machine sew them.  I still could have, I do  have other sewing machines, but they’re in the cold basement. 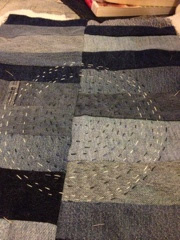 So I tried making tighter circles and I think I prefer it. 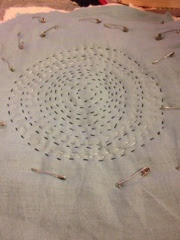 It’s odd but it’s easier for me decide about something if I look at pictures of it.
Even if the thing is right in front of me 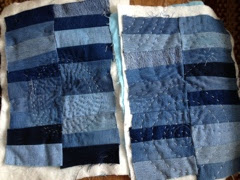 Side by side shot.  It’s better, right? 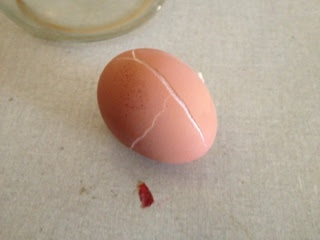 Also, it was so cold yesterday that an egg froze in the coop.  It was only out there for a couple of hours.  Poor cluckers.