I’ve been wondering about how I was going to quilt together those squares for my denim/corduroy quilt.
There’s really no way to do it that isn’t a bit weird because some of the squares are embroidered already but the rest of the quilt isn’t.  What will that do to the over all look of the stitching?  I don’t know. 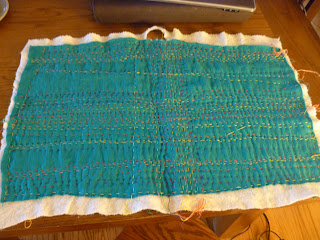 So I started thinking about it while quilting and embroidering at the same time.  Kind of like doodling using a needle and thread. 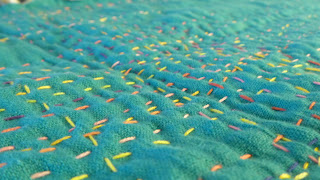 This is was an old linen shirt.  It’s really fun to stitch on.  It’s portable and colorful.  I do feel a little odd when people ask me what it is and I don’t have an answer for them. 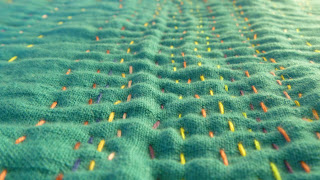 I sort of think of it as a test square but the other quilt is already at a point where this testing is not useful so that’s not really the right term. 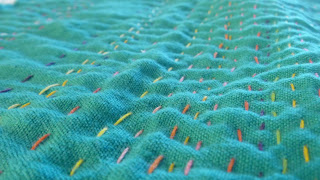 I love the look of running stitch.  I don’t know why.  It’s primitive and versatile.  In this it’s really colorful but look at what this woman does with her’s (She’s really incredible).  Because I’m just bopping along with it, it’s never perfectly straight and I love that. 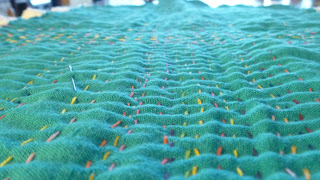 I’m sure it could be perfectly straight but that’s just not something I’m interested in doing or looking at.  I unconsciously follow the other stitched lines that are already there so it feels very intuitive.  I also love how it makes that cloth ripple like water.  I’m pretty sure that’s something I’m supposed to try to avoid but again, this is more interesting to me.
So, it’s a doodle/test/probable short table runner/thingy.
Yeah, that’ll work.