I had some free time on Saturday since the craft fair was blown off the planet.  I decided to take on some guilt that I had been sitting on for a while.  About two years ago we had our house on the market.  It didn’t sell but we dusted and cleaned it relentlessly all that time.  That was when we started using Swiffer Dusters.  I am not a fan of disposable cleaning supplies but the Swiffers work really well.  We kept on using them even after we took the house off the market.  OOoOoooh the guilt.
For two years I’ve put this project off.  I found a tutorial to make Swiffer dusters out of flannel on line a looong time ago so it’s not like I didn’t have the necessary information. 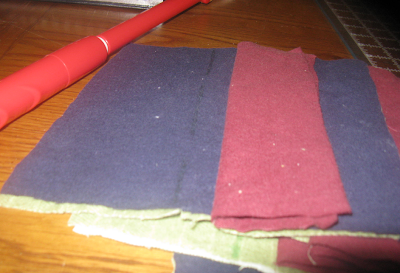 I would have had to dig back through old blog posts but thankfully now there’s Pinterest so I could just grab it off of one of my boards. 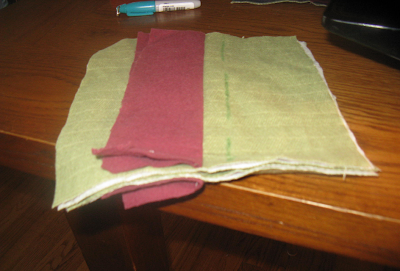 I’m just posting some random pictures of my project for you since her tutorial is very clear if you want to make one. 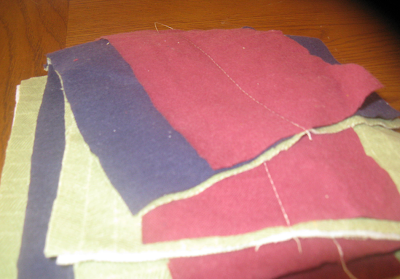 Also I found my old camera, which I thought was dead, in my son’s room and used it for all but one of these pictures. 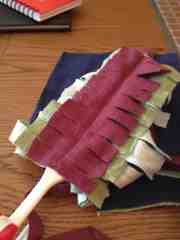 I may need to steal it back from him.  My camera phone picture really stinks.  So, I’ve overcome my guilt on one front, only to pick more guilt up on another as I steal my camera back from my son.  I shouldn’t feel guilty, it’s mine, not his but I remember having that teen logic of touching something and it becomes yours.