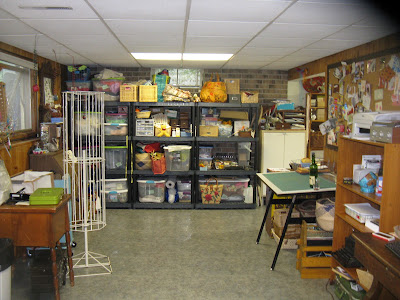 Look how tidy!  I just had to brag a little bit 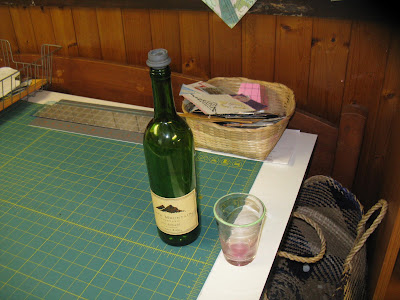 I did empty this  – two glasses worth – and today my stomach is mad at me. 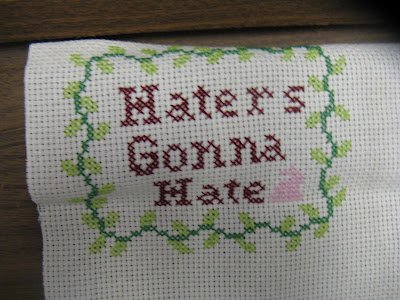 I found this which I had totally forgotten about.  It was a learning piece from Subversive Crossstitch. 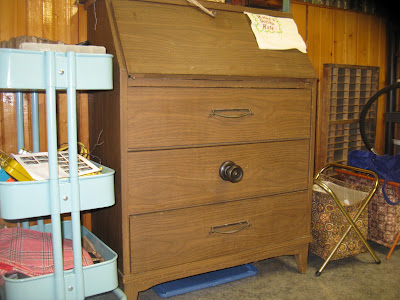 I also added a doorknob to this cheap little dresser I picked up.  It was missing a drawer pull. I have plans to paint it at some point. 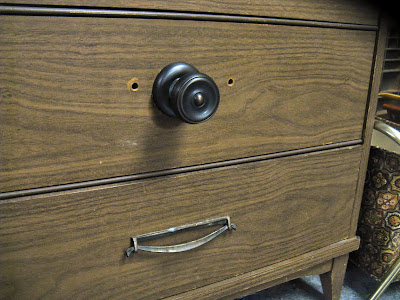 Look, I made an unintentional face.
So now I can move on to some of the million and seven things I want to work on.   I started to work on the journal idea I’m all excited about. 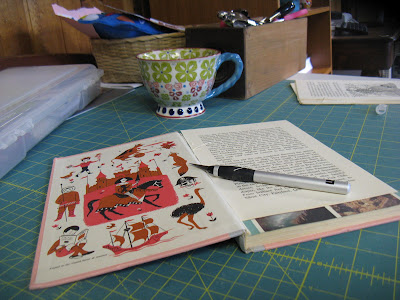 I cut out the guts of this book.  It’s the perfect size for pages that are folded in half regular paper. 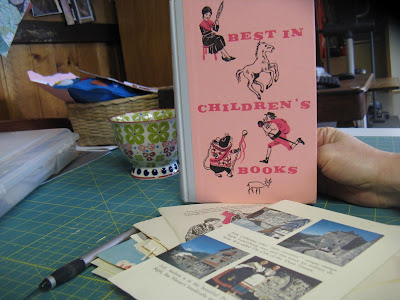 I want to add some regular printer paper, pretty paper, some cool looking pages and some random inspiring quotes and bind it all in there. I’m stuck at the quotes part. I know how I want them to look but I think the idea needs to marinate a little bit before I make my quote pages.  I do have a collection of quotes in two separate Pinterest boards with content that overlaps quite a bit.
Logic is so overrated. 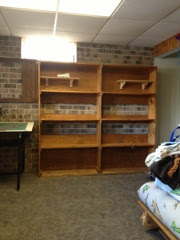 I’m calling this the halfway point.  I emptied the shelves and put lots of stuff into bins.  We’ll be moving these shelves into the next room and then putting in some way deeper shelves. 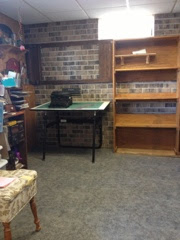 Gotta find a sunny spot for my table.  It all looks so spare and tidy now 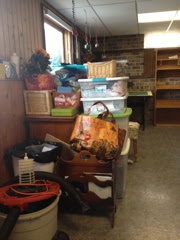 But this is only some of what I have to put back in an orderly fashion.
Actually, I’m going to cal it the thirdway point. 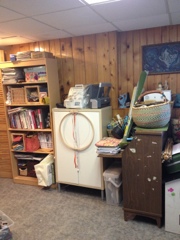 There’s more here.  The quarterway point is starting to feel right.  I’d better get up and get moving.

Like Loading...
Category: Dyes
Tags: bark cloth, critters, crossstitch, denim, duct tape, garment, jersey, jewelry, journal, knitting, linen, Mail Art, paper, process, quilt, Screen Print, sewing, tee, upholstery, woollies
I know.  No posts for a month and then two in a day.  What could I be thinking?
I’m just so proud of myself.  It’s not done by a long shot but it’s so much better.  Now I know that I have way too much linen and have to make something out of it really soon.  Also I have lots of awesome IKEA print fabrics that I completely forget about.
I got rid of lots of wool and some pretty linen clothing that I was going to cut up but then I decided against it.  So…whaddaya all say to a crap craft swap?
I think I’ll ask if Sector67 is willing to host one. Would you (local folks) come? 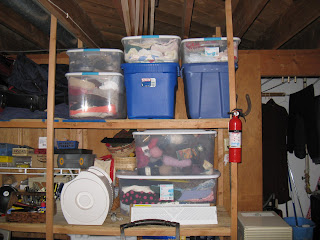 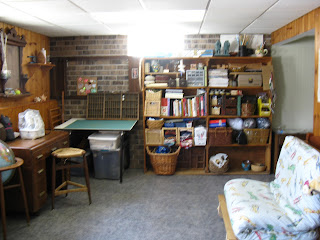 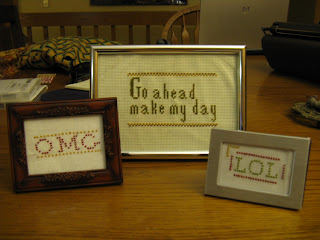