Sewing machine + iron + furnace + PlayStation = blown fuse.
We have very few outlets in the basement so it’s always a risk, I guess.
But that’s not all.  I had a whole lotta math going on today. 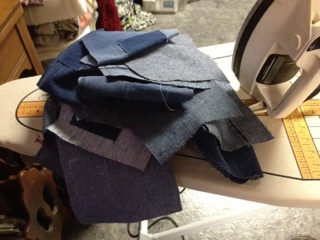 I finished sewing my little squares onto my bigger squares and then lined them up to sew two together.  I felt super organized (always a mistake for me) when I planned this whole thing out and I even set up the ironing like an assembly line. Really, an excellent idea when involved in a timed challenge, thought I. 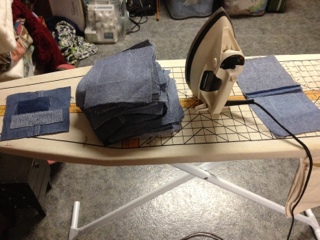 It is, actually, a pretty good idea.  But then, if I’m so freakin’ organized, how did I end up with one extra square? 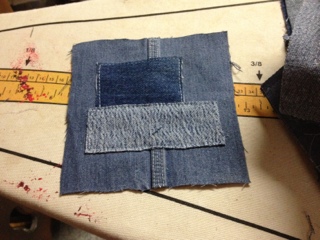 If I hadn’t been trying to be organized, this wouldn’t bother me at all. 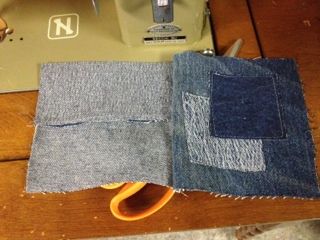 I also sewed one set together incorrectly (One facing front, one facing back) but that’s to be expected.  Really, doing it just once isn’t bad at all, mathematically speaking. 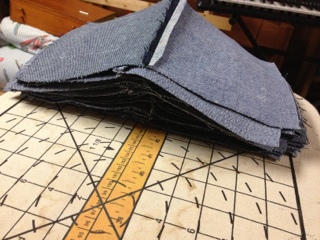 Now they’re all ironed and ready to be sewn into groups of four.  I sat down and started but then realized that they weren’t actually getting sewn together; the bobbin thread had broken.  That’s just too much figgerin’ for one day.  I’m done.  I’ll have to fix that tomorrow.